Okay, so maybe I overreacted a little bit last time. Portugal isn’t THAT bad. I wouldn’t say I’ve enjoyed myself, but I definitely made it sound like some waterlogged hellhole. There’s lots of worse places I could be. I was reminded of this when I got the following text from a friend back home:

“Did I just read a blog post about a 23-24 year old dude complaining about traveling the world playing tennis instead of going to work 8-5 everyday…. Did that just happen, because it couldn’t have.”

I got a good laugh out of this text. I’d make the point that this is a job for me so when I can’t practice or get in the gym properly it’s frustrating. However, he’s totally right and it’s good to keep things in perspective. I hit a tennis ball around and get to do what I love.

I didn’t qualify this second week in Portugal either. Safe to say I won’t have fond memories of this place. Those who know me know I’m a repetition guy and like lots of practice. Ask my old college teammates how many times I would say “just one more rally” before they finally got me off the court. I struggled with the lack of practice, but this is no excuse. I was still in winning positions so at that point it’s all mental, and I know that. I’m still learning new things every week, so my points will come.

Believe it or not, I actually saw some sunlight the past couple of days. Crazy right? And I’m not just talking a couple of rays sneaking through a cloud ridden sky. Like full blown blinding sun in my face. That was a nice change. I actually got to practice and work on my tan, with the tan obviously being the main priority there.

I also had one of the best burgers in my life when I found a little hole in the wall in Loulé called Brooklyn Cafe. I opted for their famous Brooklyn Burger which was topped with ham, cheese, bacon, a fried egg, and some amazing sauce. I followed that up with a delicious chocolate mousse for dessert. The second time there I got the Oporto burger. Honestly no idea what all it was topped with, but it was delicious. That’s all that matters. 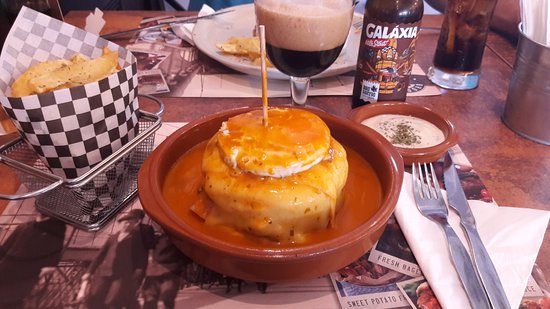 The Oporto burger– I can still hear it calling my name

Tomorrow I’ll be spending my entire day traveling to Bahrain for the next tournament where I’ll compete again Saturday. I have an early morning flight so looks like another sleepless night for me which seems to be the theme when I fly. On the bright side, Bahrain should have terrific weather and plenty of sun. Get it…. On the bright side… okay really not that funny, I know.

For those of you who already thought I was insane for going to Egypt and now you just read that I’m going to Bahrain, you’re probably questioning my mental state. I promise I’m still sane, as far as I know.

I’ll check back in with everyone after Bahrain to let you know how it goes!

One thought on “The Sun Will Come out Tomorrow”

Where am I now?

Back home in Louisville! Just finished up applying to MBA programs. Now the wait begins…